XIII collector’s edition has been a dream for those who live in Sri Lanka. If you call Lion comics office they’ll ask to send demand draft and if u try to get a demand draft from bank they’ll say NO as Sri Lankan government have strict rules to avoid money flowing out of the country. Yeap, true if you go with documents they’ll give you demand draft but for buying a comics book where on earth we can get documents??

I really wish Lion comics will setup an online portal with credit-card or PayPal payment method. Both sides can benefit from this method as we can avoid any dealer fee!

Recently Vimalaharan commented on one of my posts about the availability of the book in Colombo. I checked it myself and came home with jackpot :). Thanks Vimalaharan. 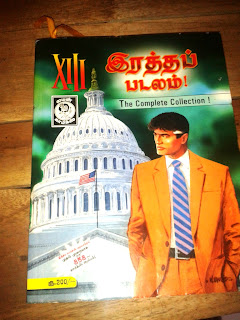 Those who are willing to buy the XIII book in Colombo, Sri Lanka can buy it from the fruit shop next to Kathiresan kovil, Bambalapittiya (Colombo-4). Book is priced around 700 LKR. Currently they don’t have any book with them but you can place an order via them. Also they have few collection of old Lion and Muthu comics which worth a look. Alternatively you can reach them for inquiries via phone at +94-11-2590346

How to Read Comics on Android

Without any doubt, Android is catching up fast and one of the most popular Mobile OS in current world. As a comics addicts we all are trying to read comics in Mobile phones. Some won’t like it, some won’t mind reading in a small screen.

If you are someone worried about the size of the screen then you must try Android Tablets. Tablets usually come with larger screen and very much similar size to our LION or Muthu comics (10.1 inches).

Here I’m going to give you step by step guide to read Comics in Android Mobile. 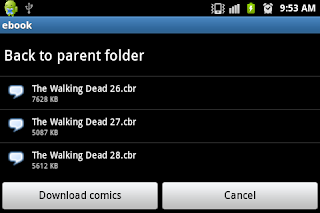 4. Enjoy Now you can read almost any of the comics you downloaded online. 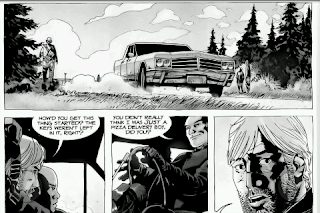 Good luck and wish you all the best till I meet you in another post.
Posted by Mr. J at 8:09 PM 5 comments:

I always whine about the availability of the comics books in Colombo. Now in shops like Cargills and Vijitha Yapa you can find good number of comics. But for a long time we didn’t get Lion, Muthu comics to Sri Lankan market.

I used to call book shops in Colombo and continuously asked about the availability of the Comics books, but always bad luck followed me.

If you are someone from Colombo or any part of Sri Lanka, complaining about the availability of Tamil comics books (mostly Muthu/Lion) then I gotta happy news for you.

See the images below. 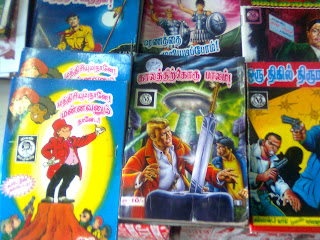 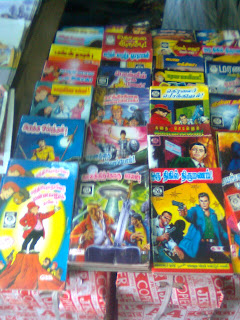 The Books I Bought. 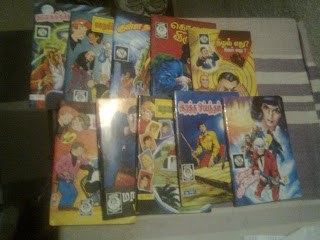 Poobalasingam book depot imported good number of books. See the pics. I read about it in Lion/Muthu Comics FB group. Went there and got the lottery. Each book costs 75 LKR (around 0.75 USD), but it is a good deal.

The shop manager told me that they’ll get the “இரத்தப்படலம் Collectors' Edition” too. What happy news for Sri Lankan Tamil Comics fan.

Don’t wait just hurry because I saw people are buying books like nothing. You don’t want to be disappointed.
Posted by Mr. J at 9:15 AM 13 comments: 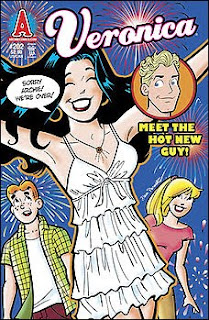 I happened to watch a Tamil movie “GOA” recently. I really liked the movie but most of my friends end up blaming the movie for bringing up the GAY concept into the movie. Probably our society and people are not ready to see through such issues. Personally I can’t stand to see couple of guys romancing but I won’t bother to disturb them too. As I remember even Indian High Court ruled few months back favor to Gay marriages.

Why am I talking too much about Gays now?? Well, the answer is, the popular comics Archie has introduced a gay character into their comics. I’m not a great fan of these comics but happened to read few comics some years back.


The character, a blond newbie named Kevin Keller, will debut in No. 202 of Veronica Comics. In the initial story line, titled "Isn't It Bromantic?," Veronica is stymied when her womanly wiles hold no sway with Kevin, who has more in common with fellow foodie Jughead.

Let’s just wait and see the reception for these comics. I hope there won’t be any local politician jumping in and making big fuzz about these comics. After all, anything can happen in country where I live. “Sri Lanka” 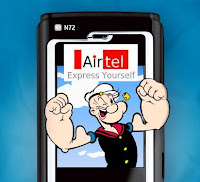 The next question comes to us is about the prices. It’s told that 2 INR for comic strip and 15INR for full comics book. In order to increase the user experience these comics will have features such as pan, zoom.

Kumar Ramanathan, chief marketing officer, Vodafone Essar, said in a statement, “Last year we launched Amar Chitra Katha on Vodafone, which became very popular with our customers. With the launch of Chhota Comics service, we aim to further enhance our customers’ experience by providing them with advanced features and more comic categories.”

Already rediff.com announced such similar service where users can get diamond comics on their mobiles also in the other hand Disney is making deals with Airtel so even Airtel users can reach out comics very soon.

To download the Comic books on your mobile, you need to send code of book with space Comics name to 111 (toll-free no.)
Posted by Mr. J at 3:12 PM 9 comments: 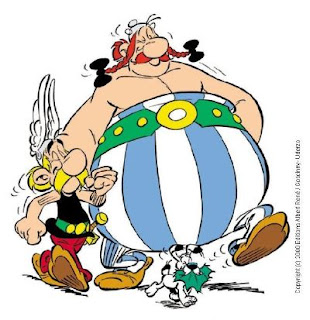 Asterix is one of the most known Franco Belgian comic character. This comic is translated into more than 170 languages around the world. For those who don’t know Asterix (I don’t think there are any) “He's the short, blonde, moustached Gallic warrior who keeps Gaul safe from the ravages of the Roman Empire.”

First published in his 'Pilote' magazine on October 29, 1959.by Rene Goscinny and illustrated by Albert Uderzo. After Goscinny's death, Uderzo has been writing as well as illustrating the stories of Asterix and Obelix,

Most important news is our beloved hero Asterix and his loyal friends turn 50 this week.

There have also been a number of games based on the characters, and even a theme park near Paris. Situated approximately 35 km north of Paris and 32km from Disneyland Resort Paris, Parc Astérix opened in Plailly in the département of Oise, in 1989.

To date, 325 million copies of the 33 Asterix books have been sold around the world making co-creators Rene Goscinny and Albert Uderzo France's bestselling authors abroad. As part of its 50th anniversary there will be a series of exhibitions and special events as well as a new album of stories. On 29 October, there will be a series of street events with actors dressed as Asterix characters to "invade Lutece” (the Roman name for Paris).
Posted by கனவில் வாழ்பவன் at 11:39 AM 4 comments:

I don’t want to write a lengthy post on this event as enormous amount of conversation is happening around the web today.

When I heard this news last week, I just ignored it and didn’t really expect it. But it is real and true. The most expensive comics industry deal is unfolded before our eyes. Check the official news release from Marvel and Disney.

I don’t know how it’s going to affect the future of Spider man and Wolverine but I hate to see Donald and Mickey Mouse playing with Wolverine. Also there are so many Marvel characters are in Universal studio’s theme park, will Disney make fuzz over those?? Let the time to answer that question too.

About The Walt Disney Company
The Walt Disney Company, together with its subsidiaries and affiliates, is a leading diversified international family entertainment and media enterprise with five business segments: media networks, parks and resorts, studio entertainment, interactive media and consumer products. Disney is a Dow 30 company with revenues of nearly $38 billion in its most recent fiscal year.

What you think guys???
Posted by கனவில் வாழ்பவன் at 9:40 AM 8 comments: